WHY WE DON’T LOOK UNDER THE BED… 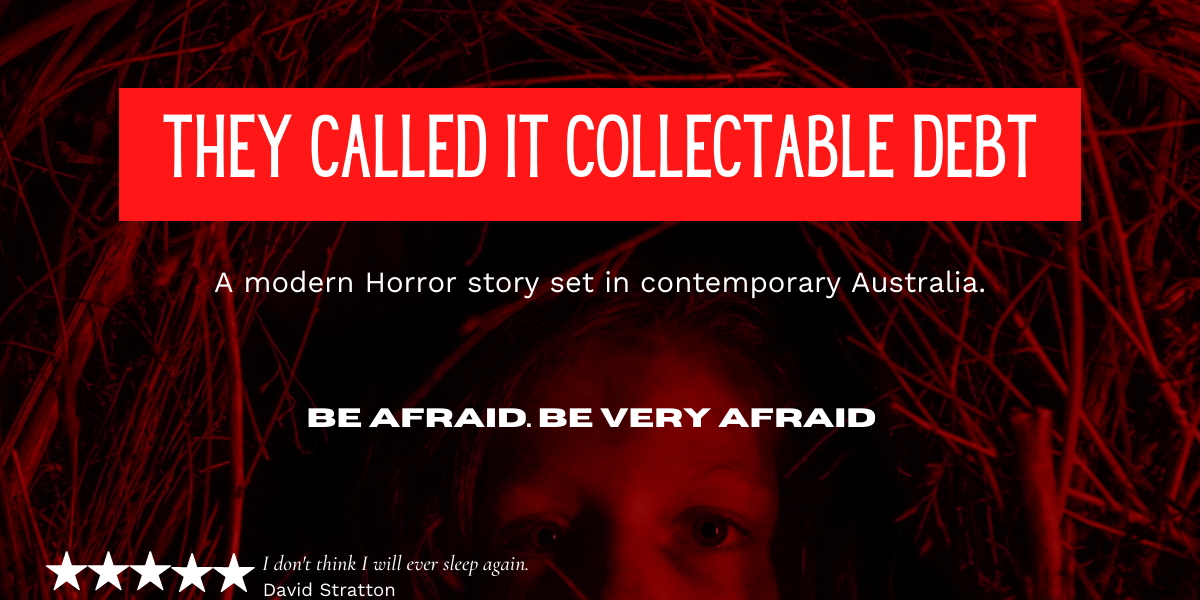 “An efficient and effective tax debt collection system is in the interests of all Australians. Actual collection
of taxes, including effective pursuit and recovery of tax debts, is an important moderating factor in
decisions to raise or increase taxes and few governments or taxpayers would want to see taxes increased
unnecessarily.” – IGTO Report, 2021.

For several years, Offermans have been talking about about a bogeyman under our collective beds. Many scoffed and said we were too negative.  We spoke of a massive and ever building debt owed to the ATO, lurking, waiting to make its presence felt.  The size of the debt has been growing since the global financial crisis.  COVID has acted like a steroid and the debt has reached a point that it represents a massive risk to our financial future.

In June 2021, the Inspector-General of Taxation released a report “An investigation and exploration of undisputed tax debts in Australia”.  The report shines a light under the bed and brings the bogeyman out into the open.  Its incredible that this report has not received more coverage as it is possibly one of the scariest pieces of Australian writing since “A bigger picture” by Malcolm Turnbull.

The report provides 194 pages of data and analysis on the ever-increasing amount owed to the Commonwealth in Collectable Debt.

The report is based upon information published and available from the ATO and reviews the periods between 1 July 2016 to 30 June 2020.  This is where things start to get a bit terrifying. 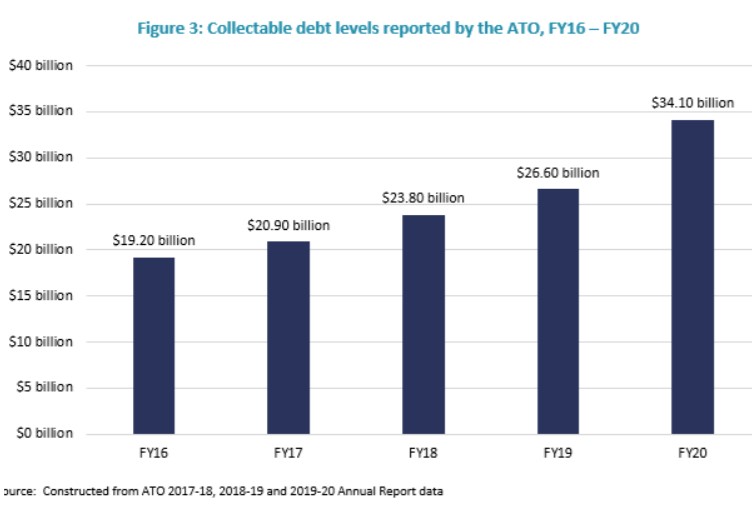 Debt measured in the report was increasing on average at nearly 12% per annum prior to COVID.  In the 2020 FY, Collectible Debt jumped 27.24% from $26.5B on 30 June 2019 to $34.18B at 30 June 2020.  This increase is the largest in the series examined and has obviously put down to COVID.  The terrifying thing is that this only represents the first three months of the pandemic.  This year’s ATO Annual Report on debt owed as at 30 June 2021, will be eye watering.  The numbers are scary enough, but when you consider that this is only the Collectable Debt that the ATO knows about, and does not include debts not reported…

It is impossible to do justice to this piece of investigation in one short article. I urge anyone with an interest in small and micro business to read this report, digest the numbers and turn your minds to what those numbers represent. There are so many points to consider from this report but the most important one “is what do we do now?”

Like so many forms of debt, this is being kicked down the road but how much longer can we continue?