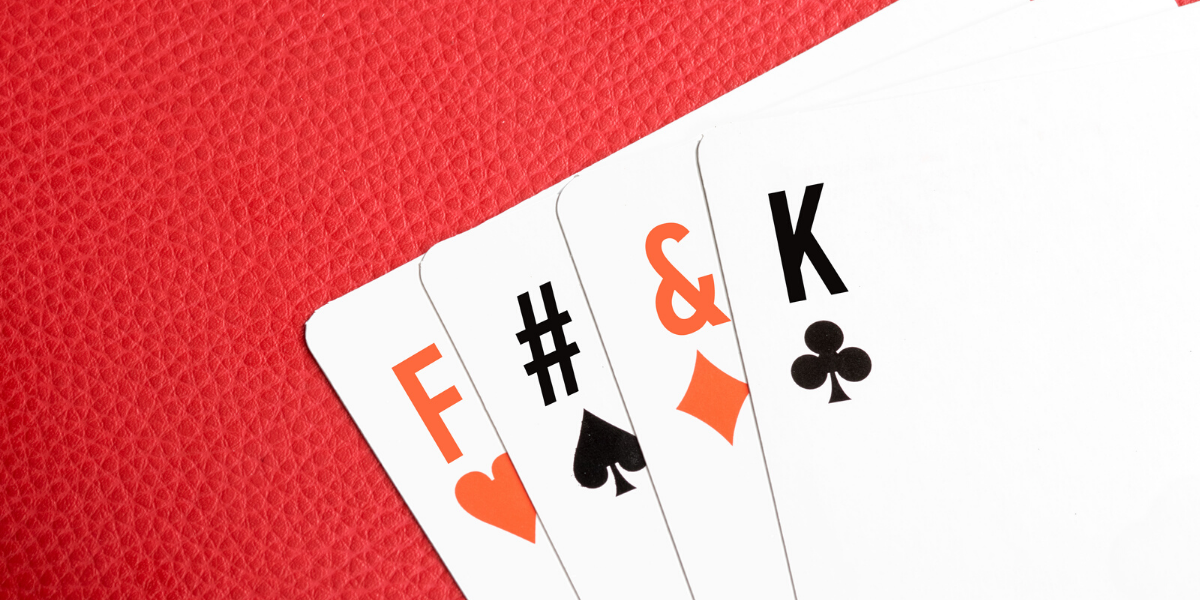 “Before you run to the barricade of righteousness about nasty landlord fat cats, we need to remember that a significant number of commercial landlords are small business operators as well.”

There has been a lot written about the needs of business during these lockdowns, and rightly so.  When it comes to the issue of rental relief though, I can’t help feeling for landlords who are almost being demonised as money gouging opportunists.  I must admit that for most of my career, landlords have held much of the power in commercial negotiations. That power dynamic has been well and truly flipped on its head by both the National Cabinet Mandatory Code of Conduct SME Commercial Leasing Principles During COVID-19 and the latest regulations released yesterday by the Queensland State Government.

Underpinning both documents, is the notion that “good faith” is the new black and everyone will hold hands and sing kumbaya. Further, and more worrying is the Alice in Wonderland like belief that landlords will be able to negotiate with their Banks to mitigate having to absorb the rent waivers and deferral of monies owed under their leases.

Before you run to the barricade of righteousness about nasty landlord fat cats, we need to remember that a significant number of commercial landlords are small business operators as well. Not every commercial landlord is a listed property fund or a public company. Many are ordinary Australians who chose to invest in commercial real estate rather than the stock market or residential property. This is not a victimless crime where big business is going to pay.

Having reviewed, albeit quickly, the Queensland regulations released today, lets touch on some of the issues that I see.

Firstly, I can’t see any obligation on tenants to pay a dollar in rent or outgoings, during the period that the regulations are in place (30 September 2020 at this stage). The ability of the landlord to evict a non-paying tenant is limited to rental arrears owed prior to 29 March 2020. Will the non-payment of rent be considered in good faith negotiations?  The Government’s guidance notes on its website, lists a number of examples of conduct that does not demonstrate acting in good faith and strangely, a failure by a tenant to pay rent is not on that list!

The process dictates a period of negotiation between landlord and tenant where the request for amended terms is discussed and considered.  There are serious fetters placed upon the types of information that can be asked for to assist with the negotiation.  If the parties can’t agree, then mediation under the auspices of the newly appointed Qld Small Business Commissioner are to be held.

This process is all happening regardless of two pre-existing of legal relationships, the commercial lease and the landlord’s mortgage.  Dispute notices and mediation aren’t going to help a landlord who must pay its Bank if the tenant refuses to pay.

Pre COVID, where a tenant couldn’t pay, the landlord had the power to protect its interest by removing the tenant and finding someone that would pay.  Now, a landlord will just have to smile and wave and trust in the system – and their Bank.

The process of disputed negotiations itself looks to be stacked against a landlord with the ability to have legal representation determined by the mediator. The mediator won’t consent unless they consider representation by a lawyer would assist the parties in mediating an outcome to the dispute.  I will go out on a limb and say that if a tenant is self-represented, the landlord will struggle to argue for their Lawyer to attend.

There is little guidance on who will be appointed as mediators under the regulations, what their qualifications and skills will be and how many will be appointed.  Given the number of commercial leases in Qld, you would have to guess that quite a few disputes are going to arise under these Regulations.  30 September may roll around before the majority of disputes are settled.  What happens then? Can the landlord mitigate its financial position and commence eviction?

Any successful rent reduction negotiation mandates that unless agreed by the tenant, landlords have no option other than to cop a waiver of at least 50% of the rent reduction agreed to.  This is not a deferral, it is written off never to be seen again.  There is no corresponding obligation on the landlord’s Bank to write off a proportionate amount of any mortgage repayment that might be due on the property. Further, where a landlord has been able to negotiate a deferral of the mortgage with their Bank, that deferral is going to attract interest. Under the Regulations, any deferral of rent payable under the lease cannot be charged interest so once again the landlord is forced to absorb the cost. 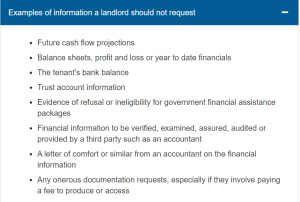 Landlords are being asked to make commercial decisions on the short- and long-term viability of their tenant without a full picture of the finances of that tenant. Asking for a cash flow, a profit and loss or balance sheet have been specifically identified as being documents that a landlord cannot ask for.  There is no ability for a landlord to ask the tenant to provide a letter from a professional adviser about the capacity of the tenant and perhaps share some of the risk associated with the decision in relation to rental reductions.

Landlords are swinging on their own on this one and have to rely upon the vibe and the good faith of their tenant (see above) to make a commercial call.  I am pretty sure that the landlord’s bank is going to want something more than a letter from them saying they have been impacted by COVID, before considering the ramifications of mortgage default.

The Federal and State Governments have waded into the commercial relationship between tenants and landlords.  They have bound the two together in a COVID suicide pact but left the real bogeyman free to do what they want.  Landlords are invested in the success of their tenants, but landlords also must answer to their banks who are left free to call the shots on the tenant landlord relationship without any responsibility for the outcome.

The fallout from COVID and the way that governments have thrown out commercial norms will have far reaching implications well beyond next few months. Risk is being shifted without any compensation onto parties that never expected or planned for the world to tilt like this. Those with the most capacity, the Banks, seem to keep dodging COVID bullets like Neo in the matrix.