BRING BACK THE LONG LUNCH!

With the easing of restrictions at restaurants and cafés slowly coming into place, one of the biggest challenges now for hospitality businesses is demand and capacity.  One way that the Federal Government could drive expenditure, would be to remove “entertainment” as a fringe benefit for the remainder of this FBT year.

Reconnecting with suppliers, peers and colleagues after a period of prolonged lockdown would be beneficial for us all.  The biggest benefit though, would be for the business operators who would have more customers during vital sittings that right now aren’t being utilised.  Offering at least two out of three sittings (breakfast, lunch or dinner) is needed for restaurants to make a profit.  Deciding to open for lunch or breakfast is expensive and comes at a risk.  Removing a roadblock to customer expenditure is vital.  Being able to meet renewed customer demand for dinning by offering lunch or breakfast helps meet both needs.

The event industry has all but evaporated.  The short-term removal of entertainment from fringe benefits, means that businesses could immediately look at end of financial year events with a fresh view towards viability.  Future events through Christmas and into the 2021 New Year might become more commercial if they are not going to be slugged with an FBT liability on top of the expense of the event. 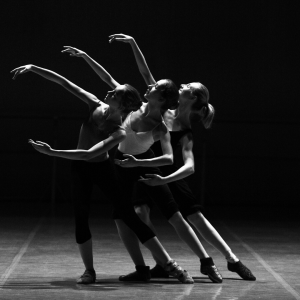 Many involved in the arts industry have been critical of the Federal Government for failing to extend Jobkeeper further into that sector.  Freezing FBT might be a great way of encouraging expenditure into the arts by allowing businesses to spend money not just on marketing to clients, but also to say thank you to staff.  A gift of tickets to events, a meal or accommodation that employers would normally be financially penalised for providing, become more attractive without FBT. Saying thanks to staff for their commitment to your business becomes just that little bit easier if you could gift them items that would normally attract the added tax on top of the actual cost of the item.

Virtual drinks and Zoom Beers are OK, but the only beneficiaries have been BWS and Dan Murphy’s.  How good would it be to take your staff out for a meal and some drinks at your local watering hole for some old school catch up and not have to check with your accountant?

Limiting the freeze on entertaining as a taxable fringe benefit, for the current FBT year only (to 31 March 2021), would avoid longer term restructuring of employment benefits in a way might lead to rorting. A short term freeze incentive via a freeze puts the onus back on the beneficiaries to drive demand themselves.  Isn’t that the definition of a hand up not a hand out? 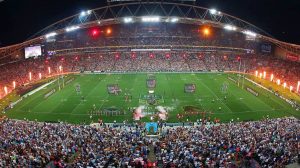 Critics will no doubt say that the amount of FBT on entertainment has historically provided $X dollars to government which would be lost from revenue.  The flip-side to that point, is that expenditure in this space will be virtually nil this year which will be just as detrimental to revenue collection.  Further, the fiscal and intangible benefits of driving private expenditure in the short term into the Arts, Events and Hospitality space should outweigh the lost FBT revenue*.  Driving more activity into this space might also drive employment and release some of the pressure on public expenditure for displaced workers and owners. “Might” is never the best foundation for policy decisions, but in these unprecedented times, it might be all that we have.

*statement based on zero economic science other than the Author’s view of expenditure.